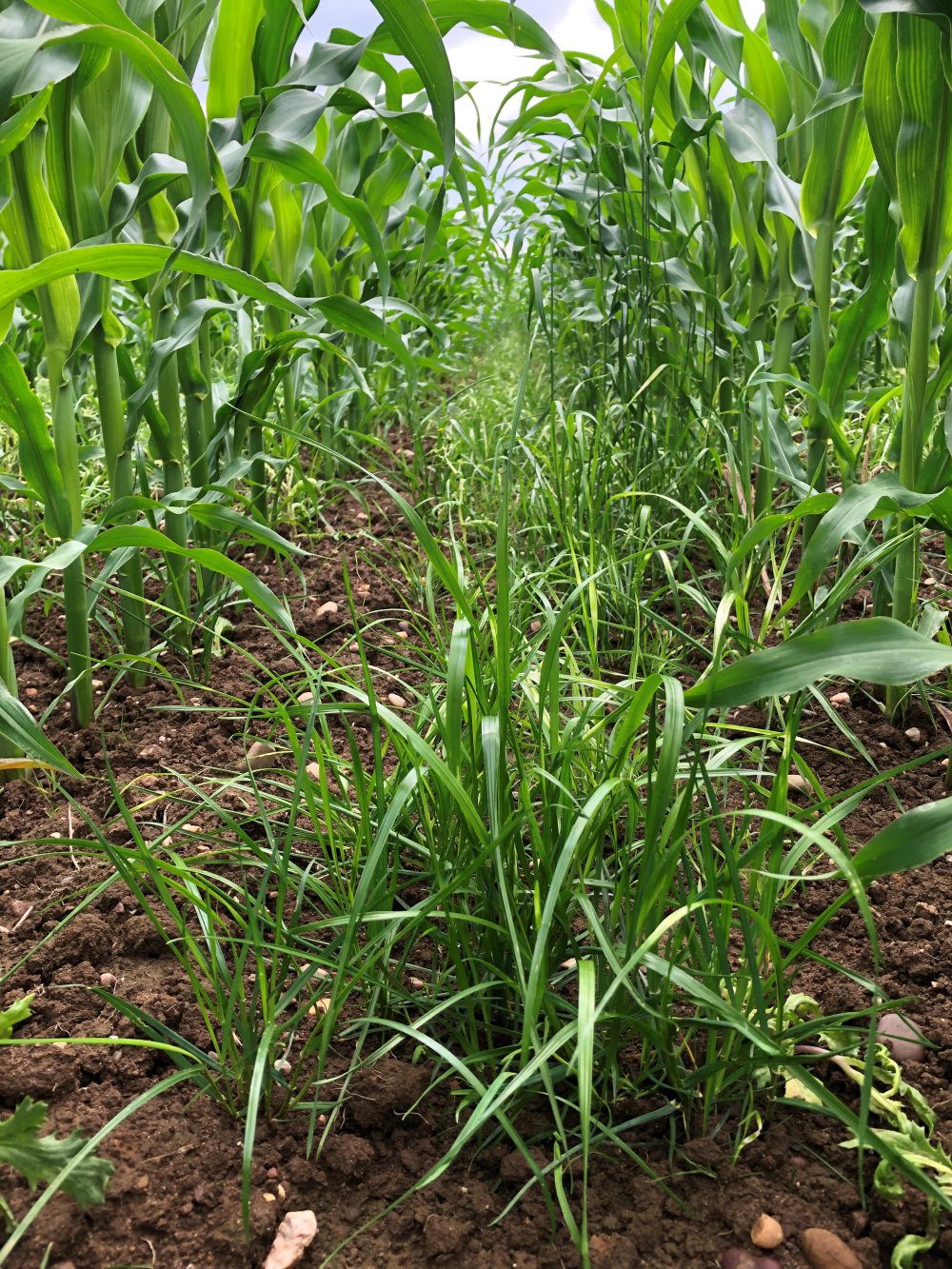 Maize grown at Townend farm is planted with a companion crop made up of of different fescue and Ryegrass species, the reason being that Maize stubbles left bare post harvest often damage soil structure, the under sown grass can create a valuable green cover over winter, helping to condition the soil and reduce nutrient loss and also Maintains soil structure for harvesting the maize and subsequent stubble and soil management are their main priorities. The local water board, South Staffs Water, has concerns about nitrates leaching into the watercourses, with bare maize stubble fields a focus over winter so it is important to grow this crop in a way that eradicates the risk of these issues. This Maize under sown with grass to reduce the risk of soil erosion and stop nitrate leaching, this crop was established in the same pass and with correct timing and management, this policy can enhance soil structure and reduce nutrient leaching. This method is already commonplace in European countries such as France, Germany and Denmark. The grass seed is sown at 3kg which is enough on the lighter soils to ensure even establishment of the grass and on those fields that are more heavier, it is upped to 5kg or more according to need.  Another element of growing a successful crop of under sown maize is to choose the right maize variety. It is important to sow an early variety, which will grow rapidly and requires fewer days, in order to reach maturity, compared with later types. The maize should also have a high score for vigour, on this instance Pioneer P7326 was grown. In low rainfall areas, the delayed drilling of the grass seed can inhibit germination, and lead to poor grass establishment.

In conclusion this has been a great solution to improving all the negative impacts maize can have on the environment, and it already counts as one of the Ecological Focus Area options within the Basic Payment Scheme for England and Scotland.

Countryside Stewardship SW5 is an option, with payments of £133/hectare for mid and higher tiers. Applicants must satisfy criteria that stipulate harvesting maize by October 1 and establishing a quick-growing cover crop, by October 15, which will provide a dense cover and protect the land from soil erosion.

South Staffs Water has a grant scheme for producers in its high-risk catchment areas and offers £150/hectare towards the cost of growing maize that’s under sown with grass.

The grants are available under its SPRING environmental protection scheme, set up to help producers reduce soil run off and pollution.

This Spring will see a forage crop of Oats/ Peas and vetch grown as a whole crop so lookout for the report on how that does! 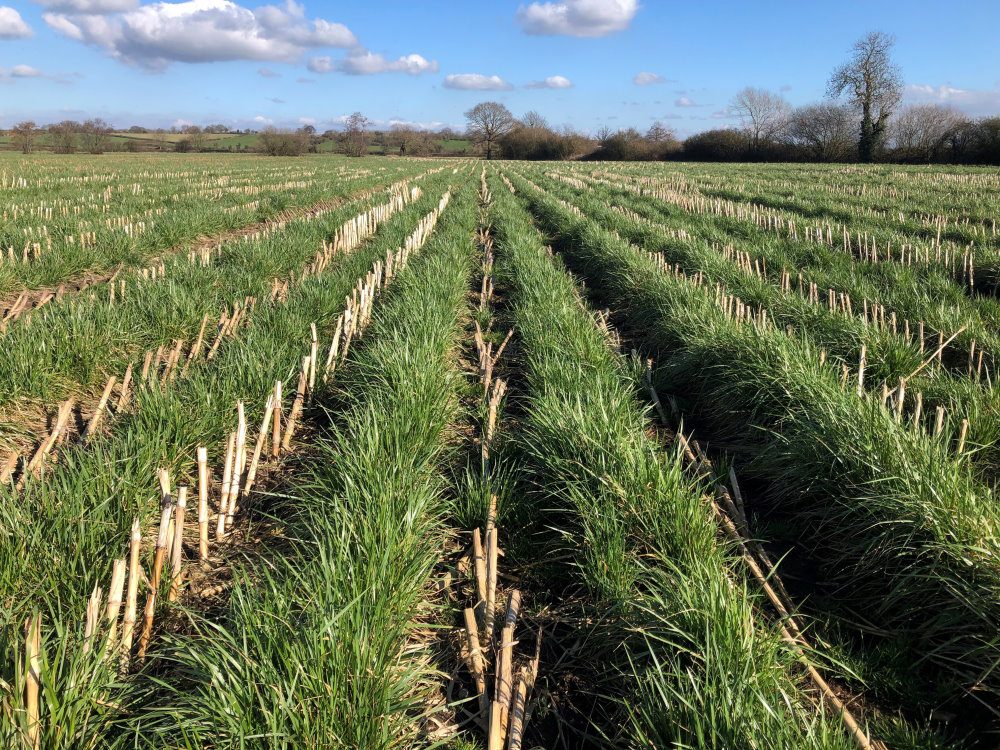 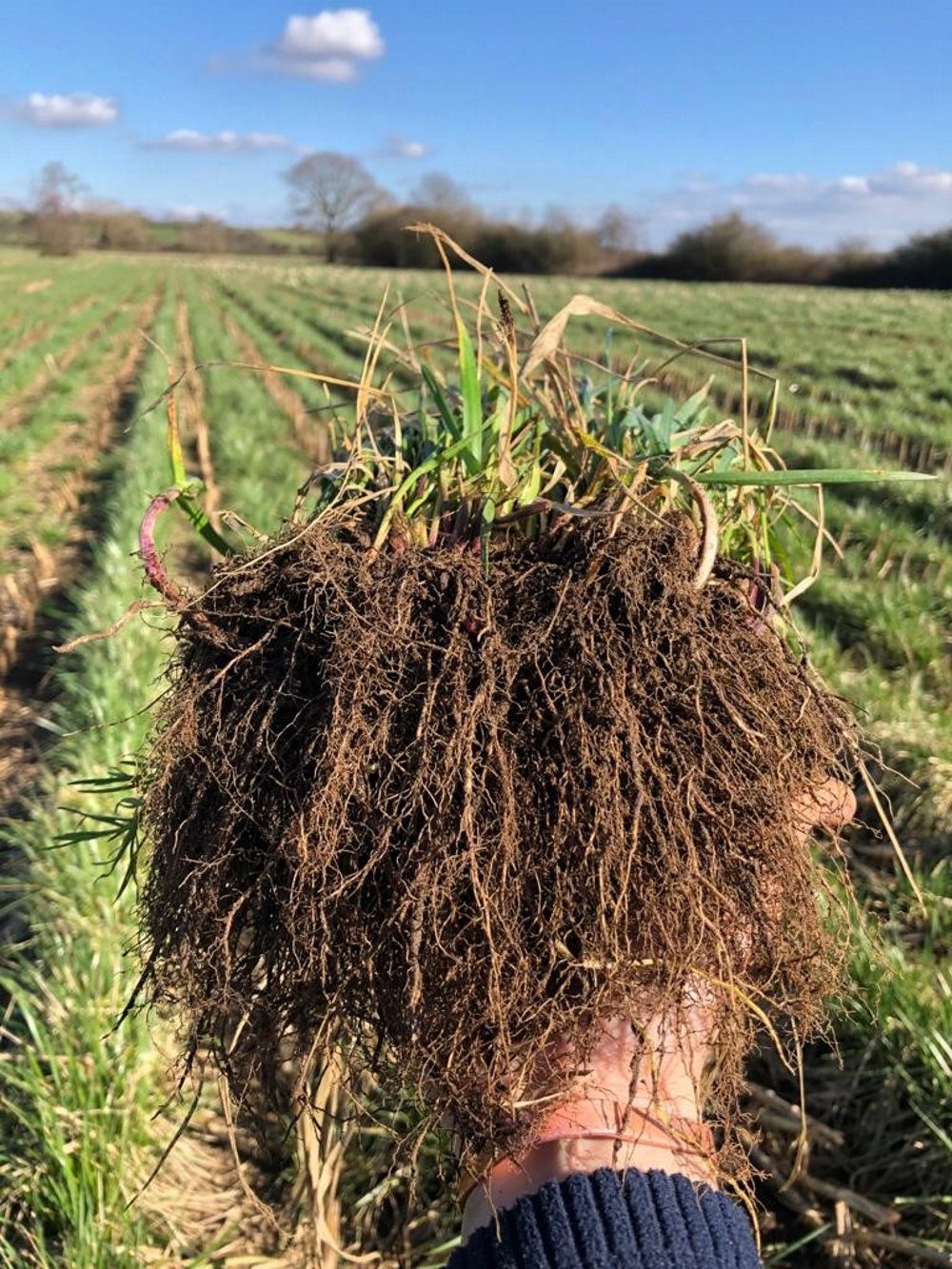