The Value of Your Slurry Today £

The Value of Your Slurry Today £

With the costs of Nitrogen fertilisers exceedingly high, slurry has become an ever more so important asset to utilise on the farm for economic reasons, but there are crop nutritional and environmental aspects to consider.

As part of the Code of Good Agricultural Practice (COGAP) for reducing ammonia emissions is a guidance document produced by Defra in collaboration with the farming industry.

It explains the practical steps farmers, growers, land managers, advisors and contractors in England can take to minimise ammonia emissions from the storage and application of organic manures, the application of manufactured fertiliser, and through modifications to livestock diet and housing.

Around 88% of ammonia emissions in the UK come from agriculture.

NH3 Emissions – the value of this environmentally research has shown that: 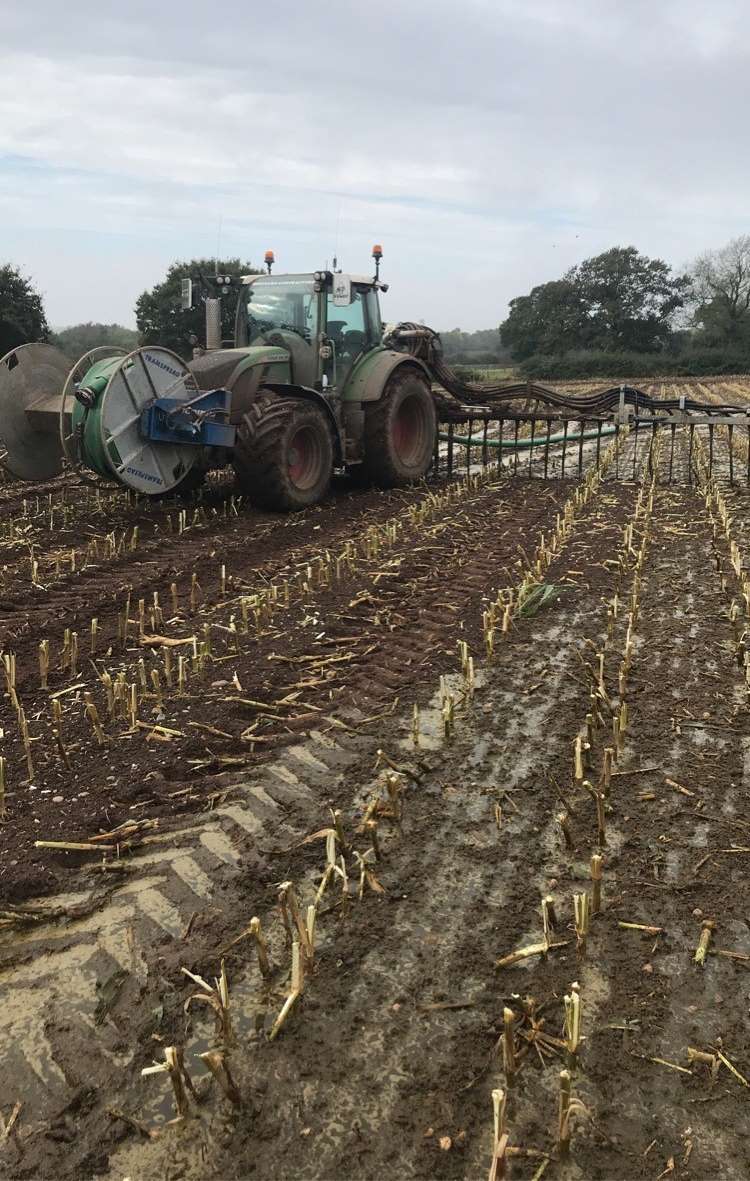 If slurry is spread onto land at a rate of 40 m3/ha on average, there is an available nutrient value of N 1.2kg/m³ based on a 6% Dry Matter Slurry, resulting in 48kg N/ha in Readily available nitrogen.

Studies from Ireland suggest that direct injection can increase Availability a further 20% in the spring and on this basis an extra 20% availability would give 1.7 Kg of Available Nitrogen. Give a total of 68Kg of Available nitrogen at a rate of 40 m3/ha.

Using a blend of fermented microbial cultures within it contains a rich source of vitamins, minerals, proteins, enzymes, amino acids, carbohydrates, dormant organisms and growth promoters. In effect, it provides a rich food source for microbes as well as dormant aerobic bacteria species that can feed on and break down the organic matter in the slurry and use the ammonia gas as a source of nitrogen to grow, thus turning it into microbial nitrogen.

The combination of enzymes and bacteria to break down fibrous material and retain more nutrients in the slurry. The enzymes have an immediate impact on this breakdown, breaking the bonds that hold the fibres together. The bacteria are the key to long term effectiveness in slurry over a winter. The bacteria require both a carbon source and a nitrogen source to allow them to grow. The carbon comes from the organic material in the slurry and the nitrogen comes from the ammonia in the slurry. The advantages of this are that the solid material contains the carbon, and this reduces the crusting and caking found in slurry. The second is that the ammonia which would otherwise be lost is tied up as microbial protein which is then safe from volatilisation during storage or spreading.

The benefit of this is that the nitrogen is tied up to reduce losses. The Nitrogen is stored as microbial protein which cannot be lost to the atmosphere. When spread the Nitrogen is in an ideal form to feed the soil microbes. This in turn leads to improved soil health, less scorching of the sword and better regrowth.

Reducing the Ammonia level and breaking down other sulphurous compounds in the slurry. The result is less odour in sheds with underfloor slatted slurry stores. Less odour from outdoor stores and less odour at spreading time. The reduced odour is particularly obvious where closed housing is used on piggeries. The lower ammonia level will additionally improve animal health and performance.

One dairy cow producing 9000 litres per annum will excrete approximately 2t of slurry / month. If the slurry produced contains 4% Nitrogen that’s approximately 8kgs N / month. If you were to treat your slurry with beneficial bacteria then you would increase the total Nitrogen in your slurry by 12%. That would mean a total Nitrogen increase from 4kg / m3 to 4.48kg / m3. That additional 12% equates to 0.96kg N / cow / month. Assuming a 6-month winter period and 100 cows you would produce 1,200 tonnes off slurry. If you treated the slurry, you would have an extra 576kg N. At today’s fertiliser price that is worth £1,209.60. Research has been shown that tested and shows 12 per cent more total nitrogen and 15 per cent more ammonium, gases that would have been lost to the atmosphere without treatment.

Slurry can be analysed to reveal the specific nutrient content. When this is combined with a soil test, this gives a more accurate reading of what treatments the farm will need and the right amount of slurry and fertiliser needed, which in turn will lead to more cost and environmental savings.

With The price of granular fertiliser is a real concern for farmers now, today is a good time to look at other alternatives.

Soon to arrive ready to use will be the AGROS NOVA meter for liquid manure analysis on farm. 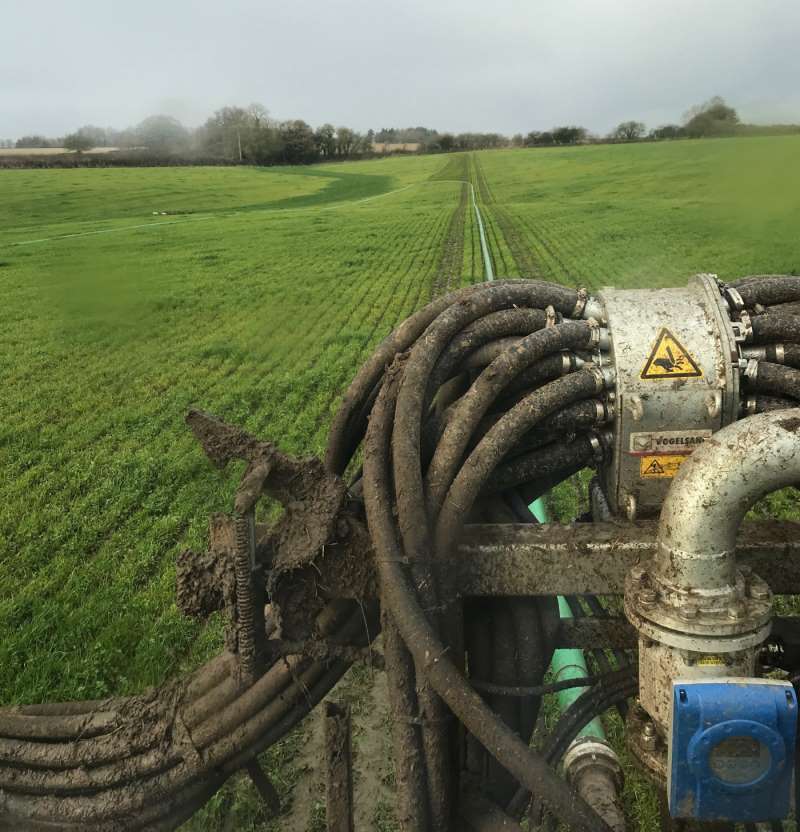 As always this is still only one part of the Jigsaw to a more biological approach, if you would like to talk more on the value and benefits of slurry please do get in touch.